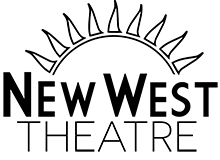 What is “planned giving” anyway?

Planned Giving means you get to create a charitable gift now that goes to support New West Theatre in the future, usually after you die.

It’s “planned” because it takes some thought and preparation, and because you should consult a lawyer and/or a financial planner about it. The easiest planned gift is part of something you should have anyway – your Will.

Not really. Everyone, regardless of income or assets, needs a Will, and everyone should prepare that Will with the help of a lawyer and a financial advisor. Including a charitable gift adds just a few sentences to your Will.

Why should I consider it?

A gift in your Will lets you create a legacy – a gift you might not be able to afford while you’re alive.

“People think that leaving money to a charity will diminish what they can leave to their kids. But, because of Canada’s tax regulations, you can give money to a charity that you would otherwise give to Canada Revenue Agency in taxes. And, if your net income in the year of your death is lower than the amount you give, your executor can claim a rebate against your previous year’s income and add that to your estate.” (Colleen Bradley, a lifetime specialist in Wills and Estate Planning.)

Talking it through with your children is a crucial step. Explain that your charitable donation will offset taxes on the estate. They’ll be happy to see it go somewhere other than the tax collector!

Even if they aren’t, it’s your money. You have the right to give it to whoever you want.

How does it benefit New West Theatre?

Most theatre companies in Canada are non-profit registered charities operating on small budgets, employing many volunteers. Ticket sales typically cover only about 30% of operating costs. Generous donors and government grants make up the rest.

New West Theatre struggles to support its current programs, launch new ones, promote its offerings in the community, and renew equipment, never mind taking a risk on something promising but untried. When New West Theatre receives a gift, we can use that gift for something special – something we could not do otherwise.

Where does my money go?

The Community Foundation of Lethbridge and Southern Alberta administers an Endowment Fund for New West Theatre. The Community Foundation works with endowment funds, all gifts are invested and professionally managed. While the initial contribution remains invested in perpetuity, New West Theatre receives a grant annually for the investment income from its fund earns. This makes your gift a lasting source of income. As the fund grows the annual investment income goes on supporting the programs you have enjoyed for years. Your bequest may be targeted, say for New Canadian Work, if you prefer. There is even the possibility of finding matching funds for your gift, depending on government programs operating at that time.

I don’t have a lot of money.

Anyone can make a bequest. The amount doesn’t matter – but supporting a cause you cherish, leaving a legacy of values as well as financial disbursements, matters a lot. It Is one of the most important things you can do to build the world you would like to see.

It does not have to be cash. Any asset, including goods or services in-kind, qualify to support New West Theatre.

What sorts of assets?

Most people give cash, but cash is not the only way to support New West Theatre.

It is perfectly acceptable to offer the following:

Any of the above may be gifted by making New West Theatre a beneficiary in your Will.

If you intend to make a gift of appreciated securities, you can receive greater benefit by donating the shares directly to New West Theatre, as opposed to selling them and donating cash.

How do I get Started?

You are best to start with those closest to you; let your family know what you are thinking of doing and why. Then a lawyer and/or a financial advisor can best advise you how to get the greatest benefit for New West Theatre and for yourself from the assets you intend to donate.

If you are not currently dealing with professionals in these fields, we are pleased to refer you to respected lawyers and financial planners to aid you in exercising your generosity.